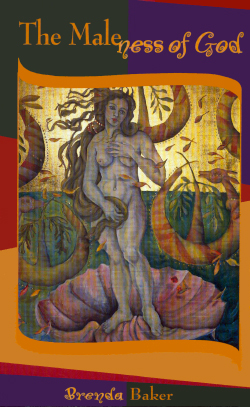 THE MALENESS OF GOD

I haven’t always been interested in writing fiction. I came to it, or it came to me, in a round about way. I began by writing songs, starting at age fifteen. In my early twenties I met some wonderful people at a writers’ retreat at Fort San (a former TB hospital turned School of the Arts turned conference centre — sadly, it has now been demolished). Many at the retreat were members of the Saskatchewan Writers Guild. Though I was “just” a songwriter at the time, I was encouraged to join the Guild and soon after became a board member. I was impressed by the work of the writers I met through the Guild, and they inspired me to try my hand at poetry and prose.

After taking a couple of creative writing classes from the late (and always missed) Brenda MacDonald Riches, I’d thought I might become a poet, as I was working under the mistaken belief that songs are simply poems set to music. In fact, I eventually fell in love with the short story form, and soon realized how much sense this made, given the way many of my songs were really stories set to music.

A few literary journals like The Malahat Review, Event, and Grain, published some of my early writing, which was very encouraging. There were a few anthologies as well. (I’ll confess here that sending my writing to journals is something I haven’t done with any regularity for years now. With the business of keeping all my other interests going, I’m afraid keeping track of what to send where has dropped to the bottom of the list!)

Anyway, somewhere around 1987 or ’88 I began the first of what would be eleven stories that culminated in The Maleness of God, published in 1999. Having worked on the project off and on for about ten years, it was an exciting day when I held the actual book in my hands!

Since then I’ve started a few more stories and even finished one! It’s called “Puerto Escondido” and it appeared in the Saskatchewan Centennial edition of The Wascana Review (2005). I have grand dreams of getting back to my short stories, but at the moment I’m focusing on novels for young adults.

more about The Maleness of God