to my virtual home.Â Please sit back, enjoy an original song or twoÂ now on iTunes and catch up on current appearances and projects.

As usual, there’s a lot going on these days:

Camp Outlook, my new novel for young adults, recently won a Saskatchewan Book Award for YA Fiction, and was nominated in the Fiction category as well. On October 3 I’ll be in Billings, Montana, to see if it picks up the High Plains Book Award for YA Fiction. (There are three books nominated, including my friend Regine Haensel’s wonderful fantastical story called The Fire Queen!) Am also awaiting the results of Camp Outlook’s nomination for a British Columbia Cedar Award. If you’re looking for a copy, it’s available in stores and online. Thanks to Second Story Press in Toronto for doing such a fantastic job of publishing it. The reviews have been terrific (whew!) and you can find them here. 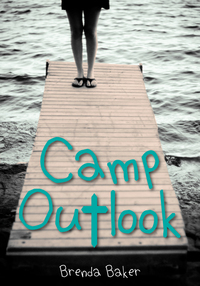 Kids of Note and The Notations enjoyed a highly successful 10th Anniversary Concert and Gala on May 3. The 2015-16 season got off to a great start with new directors. (I’m on sabbatical.) Our next concert is on Sunday, November 29 at 2 pm.

Quizzine Earlier this year I worked on an English version of a French children’s TV show — short pieces about fruits and vegetables. I enjoyed writing the “quiz” questions and interviewing the children who appear on this “game show.” You can see it now on City TV and YouTube.

Volunteer work: In November 2014 I was appointed to the Friends of Canadian Broadcasting Steering Committee. One of my long time passions has been the future of public broadcasting in Canada, as well as fighting for Canadians to have a strong presence on our private broadcasting systems. Being part of Friends is a dream come true. In other volunteer news, I’m serving as President of Saskatchewan Families with Children from Asia (SFCA) and I continue to love helping out at Grosvenor Park United Church whenever I can. As part of a really committed team of people, I spent a year and a half on a major “visioning” project with the congregation. Now my focus is on church communications, working with yet another great team.