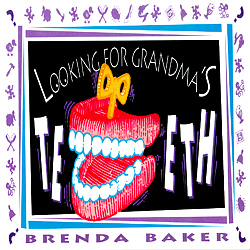 This was released in 1994 and parents tell me it’s very “listenable,” by which I think they mean the recording style is closer to what they might be used to hearing if they listen to a lot of adult contemporary or uptown country music. The full-production gives the CD a lovely richness, and this is all thanks to producer Sheldon Corbett, who, along with engineer Glenn Ens at Audio Art in Saskatoon, did an outstanding job. The musicians were la creme de la creme, including trad-folk icon Paddy Tutty and a cameo appearance by Gary Walsh of Humphrey and the Dumptrucks fame. Like Megamunch, there are lots of sing-along parts on songs that are both expected on a kids’ CD (like Little White Duck) and unexpected (like Garth Brooks’ We Shall Be Free.) A number of cuts from this CD have been played regularly on Galaxie Satellite Radio’s Kids’ Stuff.