Are the Arts a Frill? 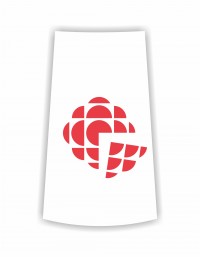 Scroll down for a list of artists recently recorded by CBC Radio Sask!

A letter to CBC Brass

A letter to Q

Write your own letter to CBC – scroll to bottom for addresses.

I think we’re living in what is, for the first time, collectively regarded as an impoverished time for the arts. I think that there has been a staggering collapse in the social value of what we think of as the arts…. What my father represents is a person standing in this one category that is unanimously referred to as the golden era – the people that produced Dylan, Van Morrison, Joni Mitchell, Neal Young, my father and several others – and there he is, standing on the heap of his work, in this sort of appocaliptic, cynical time.

Here’s an amazingly long list of some of the Saskatchewan performers whose music was recorded and featured onÂ CBC Radio Saskatchewan in JUST the last 2 to 3 years – I wonder how many musicians this would be if you counted ‘em all up, including backup bands?

National and international artists were also recorded in Saskatchewan for broadcast on network shows at major events like the Regina Folk Festival and the Saskatchewan Jazz Festival.

If you would like to send an email to voice your concerns about the cuts, here are the addresses you need: